Originally from Derby, the Sims sisters, Gaynor and Natalie, are back from the sparkle of Paris and ready to launch their unique ShowFit classes.

Linda Cook’s School of Dance is where their passion for dancing and performing began. At the tender age of 8 and 9, Gaynor and Natalie studied many aspects of dance- ballet, tap, modern, jazz and theatre.

From cheerleading for the original Rammettes and Derby Storm basketball team, to appearing in Derby pantomimes, this gave the sisters the confidence to believe they could make this their career.

Their dream was to dance on cruise ships, travel the world and ultimately, land a spot in the most famous cabaret in the world, the Moulin Rouge in Paris.

In 2002 their dream started to become a reality. They packed their dancing shoes and headed to London to audition for Costa Cruises. After a gruelling three hours of routines, sweat and eliminations, they were amongst the last girls standing. Their hard work and dedication had paid off, they were successful and their suitcases were packed to embark on the exciting journey ahead.

They started their journey on the Costa Allegra later in 2002, beginning to fulfil their dream to dance and explore some of the most amazing cities in the world.

After two years of their perfect job, their passion was ignited to reach for new heights. Working so closely with each other, their personal journeys were to now go in different directions. Both sisters waved farewell to the cruise ships and went their separate ways. Natalie headed to Portugal to perform at the largest Casino in the world and Gaynor landed in Gran Canaria to lead in a show.

In July 2005, the opportunity to audition in London for Moulin Rouge was something they simply couldn’t miss. What potentially was their audition of a lifetime, their chance to achieve their ultimate dream, they headed to London. No one knew this would be a day that changed the lives of many. For Natalie and Gaynor, their excitement was tainted as news of the bombings broke. The chaos and carnage in the capital was something out of control, but with heavy hearts and undeterred, they walked across half of London and made it to the studio…along with sixty other hopefuls, who like them, shared the dream.

After hours of gruelling routines, kicks, cartwheels and girls being eliminated along the way, they made the final ten! They were told to go home and they would be notified in due course if they had made the final line up. The waiting was unbearable, the unknown, people deciding your future. Finally, three weeks later, the calls came…job offers for both! Ecstatic, they began to plan for their new lives in Paris, their paths had rejoined and the sisters were reunited in performing together again, something they’d both missed.

Five tough weeks of rehearsals began in March and their opening night of 11 April 2006 was firmly in their minds.  Rehearsals included four hours a day to learn the iconic Can Can, which they would soon perform live to people in their masses from all over the world.

Natalie describes her first opening night in Paris in front of more than a thousand people as “Nerve wracking”. When sharing her experiences, she said “Even though there is a month of intense rehearsals, nothing quite prepares you for the reality of being on stage with up to sixty other cast members, it’s phenomenal.”

Natalie spent four wonderful years at the Moulin Rouge before leaving to become a choreographer on a P&O cruise ship. She returned to Paris in 2013 to take the lead in another Parisian show ‘Paris Je taime’ at La Nouvelle Eve, another opportunity not to be missed.

Natalie stayed at La Nouvelle Eve until October 2017, then returned to Derby to get married and start a family.

Gaynor was firmly at home at the Moulin Rouge and loved every show as she did the first. A decade since her first show, she gave birth to her first daughter. She quickly got back in shape and returned to the stage to do what she loved. Just over a year later, on announcing her pregnancy with her second daughter, she’d also made the heartfelt decision to return to Derby and settle into family life.

Now both sisters are back firmly routed where it all began in their home city of Derby. With new dreams, they want to share their experiences, knowledge and sparkle with others. With this is mind, Showfit was born.

Showfit is a showgirl themed dance class, aimed at people who want to keep fit, meet new people, have fun and improve confidence and well-being.  Sparkly top hats and feather boas deflect from the exercise, which draws upon a mix of ballet basics, core strength and modern jazz. The hour long classes turn exercise into something that’s enjoyable, leaves people feeling good and you leave with a smile.

Natalie states “The hour long session passes quickly and you don’t feel the pain- even though the next day you’ll feel it. The hats and feather boas act as the distraction and you are concentrating on moving the hat, rather than the exercise you’re doing.”

One of the Foxy Deer team went along to try out a class on a Thursday evening. Noting a real mix of people in attendance, the sparkly hats were handed out to everyone in the room. With upbeat music, we were shown a few moves, broken down, so we could all follow. After a few practices, we put our moves together, moving our top hats up and down, side to side, performing (almost) synchronised as a newly formed troupe. The laughter filled the room, as people felt comfortable and at ease, despite doing something that wasn’t within their normal comfort zone. Natalie and Gaynor were warm and patient, helping people with the moves as we went along. The hour went by in a flash and it was enjoyable…and painless! People left smiling, even more than they had when they had arrived, including myself. I left feeling pretty good and I’d go as far as saying I had a small spring in my step. I did however know the next day that I had exercised, my legs and arms having the usual expected aches, which made me realise I’d worked hard, but didn’t feel it at the time…which for me is a bonus! It really is exercise in disguise!

Showfit classes run every Tuesday, Thursday and Sunday across Derby. For more information on locations, class times, prices and special offers, you can contact Natalie and Gaynor via their website www.simsfitness9.co.uk 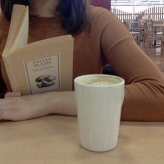